Microplastics in our bottled and tap water

Plastic is now part of our everyday life, from bottles and containers that we use, to the bags we carry the items in, to cutlery and straws we use to consume the food and drink with. Since the 1950’s when it was introduced, we have produced over 8 billion metric tons of plastic globally, and continue to produce millions of tons each year, most of which is single-use plastic, such as plastic water bottles, drink straws and stirrers. Organisations, governments, and people worldwide are realising that plastic pollution is a massive and growing problem, which has to be dealt with before the extent of the damage causes irreputable damage to our planet. 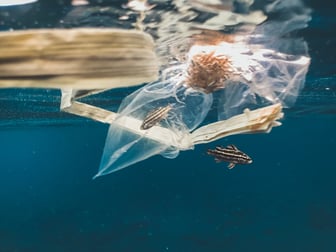 The Household Waste Recycling Act was introduced in 2003, making it law that all local authorities in England provide every household with the collection of at least two types of recyclable materials by 2010. It is common now for plastics to be separated from household waste, but with an increasing population and the ease to purchase single-use plastic the solution has to come from the source of the problem, and to stop the production before it reaches the consumers.

Once plastic has been produced it is estimated that eight million metric tons of plastic leak into the oceans and waterways every year – harming the creatures that inhabit them, with the remaining plastic waste often not decomposing and lasting centuries in landfill. Some shocking ocean pollution statistics from Condor Ferries (1):

Plastic pollution isn’t just the bottles and containers that we are disposing of it is also the tiny particles of plastic that come from the plastic waste; Microplastics and Nanoplastics. These tiny plastics make up 94% of the infamous Great Pacific Garbage Patch and are everywhere, including tap water and bottled water we drink every day. These particles are small enough to pass through waste filtration systems and obviously more difficult to remove than large plastic debris. But what are they and how are they created?

When plastic waste enters waterways, it does not degrade as natural materials do. Instead, exposure to the sun’s rays, reaction to oxygen, and degradation from physical elements such as waves and sand cause plastic debris to break down into tiny pieces. These microscopic pieces of plastic are called microplastics. Microplastics are defined as a particle of plastic that is smaller than 6mm, or roughly the size of a sesame seed, but they can be much smaller. Because plastic is virtually indestructible, microplastics can continue to break down until they are so small that they must be measured on a nanometre scale, with 1 nanometre equating to 0.000001mm. While microplastics most commonly originate from manufactured plastic goods, they can also be specifically produced for commercial purposes. Here are a few primary sources of microplastics:

No matter where they came from or how they are created microplastics are here to stay. Plastics in our waterways will continue to break down into smaller and smaller particles but may never fully disappear from our oceans and drinking water.

The temptation for consumers to avoid the contamination of tap water is to turn to bottled water, but studies have revealed that microplastics are present in bottled water too. Orb Media also tested over 250 individual bottles of water from 11 different major brands across 9 countries. Some of the brands tested were well-known names, such as Aquafina, Dasani, and Evian. The study revealed that 93% of bottled water contained some degree of microplastics. The microplastics identified included nylon, polypropylene, and polyethylene terephthalate, among others. 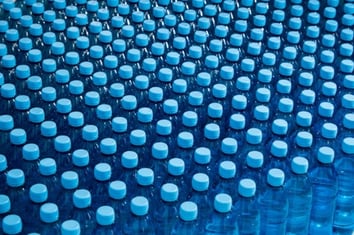 The presence of microplastics in tap and bottled water implies that they are likely in a wide variety of processed foods and beverages that use water in their manufacturing processes. As microplastics continue to be studied, we can hope that policies will be developed to regulate their prevalence in food and beverages, but for now we must look to the producers and consumers to respond to the epidemic of plastic in drinking water.

The exact effect of microplastics on our health is difficult to determine as plastics come in so many varieties and different chemical compounds and additives in each piece. The manufacturing process has changed over time, leaving it difficult for scientists who are studying microplastics to determine exactly what materials and chemical additives are present in the samples. Microplastics may be able to pass through our bodies or could break down before the cause any lasting harm, but it is possible that higher concentrations of microplastics could accumulate in the body and cause a variety of adverse health effects.

Humans, sea life and animals can ingest microplastics that have been created by plastic debris’ chemical additives reacting with water and leaching into our waterways. This process is called sorption, which is both a physical and chemical adhesion. 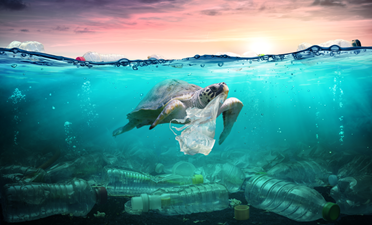 on sea life gives us an indication on the impacts that plastics and chemical additives may have on humans in the future, based on the observations of the impact that they have experienced. Studies have shown (3) that ingestion if microplastics is linked to reproductive problems and abnormal growth in animals. Consuming microplastics can also irritate the gastrointestinal tract and disrupt normal lipid and energy metabolizing.

Another growing concern about human exposure to microplastics is the presence of nanoparticles of plastics or nanoplastics in drinking water. Microplastics that are measured on a nanometer scale are so small that they can pass directly through cell membranes to enter the body. As plastic waste continues to break down in waterways, more nanoplastics will be present that humans may consume and absorb into their bodies. Nanoplastics also pose a particular challenge when it comes to establishing policies for safe levels of microplastics in drinking water as they are difficult to measure and more difficult to filter out.

Because the health impact of microplastics in drinking water is largely unknown, it is better to be safe than sorry. It may take a long time for scientists to fully understand the extent of the effect microplastics may have on ecosystems and public health, but consumers should take steps now to remove plastic contaminants from drinking water.

People use home tap water for so many things drinking, hand washing, cooking, brushing your teeth, washing your car, pet drinking water and so much more. Consumers should take preventative action to protect themselves from microplastics and other impurities in their tap water, especially water that is digested. Luckily, there are technologies available for filtering and purifying water to remove plastic particles and other harmful chemicals from tap water. Consumers can now make a choice, whilst waiting for governments creating a new legislation or manufacturers creating sustainable packaging.

The most effective way to remove microplastics and other contaminants is through a series of filtration technologies, which trap different pollutant particles at each stage of the process. You can read in more details about the process in Hydronar Filter Technology Whitepaper or watch the process on YouTube, in summary the filters trap the following:- 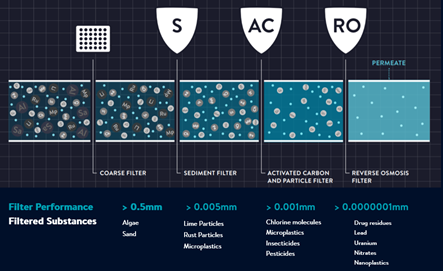 In the long term, consumers should consider ways to reduce the amount of plastic waste that is entering our ecosystem and waterways in the first place. Avoiding single-use plastic products and choosing to recycle are great ways to keep microplastics out of our drinking water. Consumers can also choose reusable containers for drinks and food and choose organic fibres for their clothing. However, because of the global prevalence of microplastics in the ocean and other waterways, it will take a long time for them to be effectively removed, meaning they are likely to be present in bottled and tap water for many more years. Microplastics in tap and bottled water are also not yet regulated, so it is up to consumers to remove microplastics and other contaminants from their drinking water.

LUQEL is a pioneer in water technology, its’ mission is to radically change the way people drink water to make a lasting difference. Visionary innovations make plastic superfluous. With our perfect purification process, individual mineralisation, ‘smart’ bottles and the digitalised eco-system, our products turn tap water into a whole new level of water enjoyment, “Water as individual as you are”.